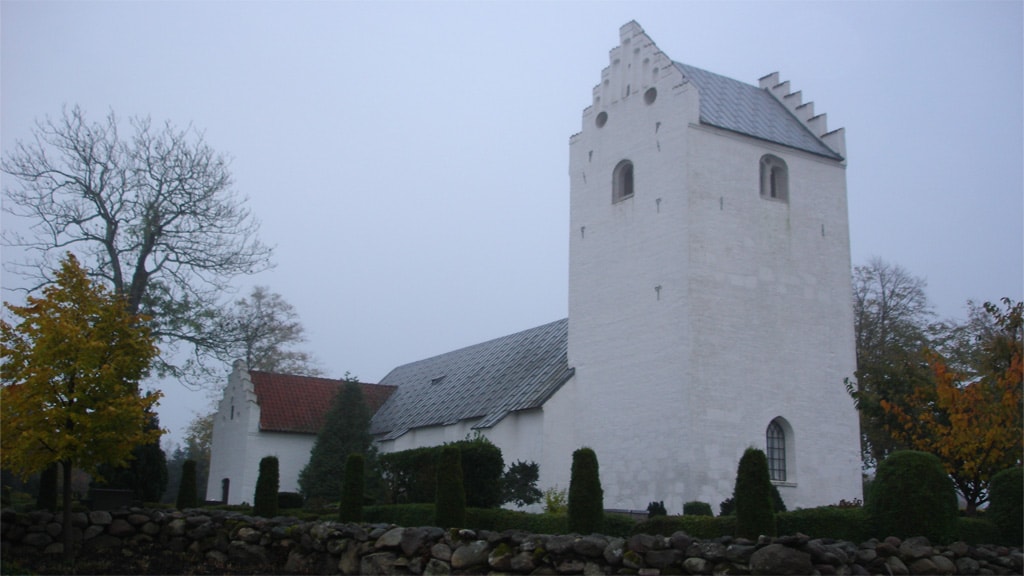 Photo: Destination Djursland
Attractions
Churches
The church is built of granite and dates back to the Romanesque period in the 12th century. However, only the ship is romance. The choir was rebuilt during the Gothic period.
Address

The altarpiece is a velvet altarpiece from 1592, and the painting dates from 1835. It is done by the famous golden age painter Constantin Hansen, who, in addition to a number of magnificent portraits and nature paintings, is known for his great work "The Constitutional Assembly of the Kingdom". The painting shows the women at the grave and was restored in 1962.

The pulpit is also from the Renaissance.

The baptismal font is made of granite and is equipped with rope swivel, which shows that it is inspired by Djursland's great Stone Age master Horder. The baptismal dish, dating from 1575, originated in southern Germany and shows Marie's proclamation.

There are several epitaphs, the most interesting of which is the priest Laurids Rasmussen Ledemark, who during the Swedish war in 1659 saved the parish from being destroyed by the Polish troops who had come enough to Jutland to fight the Swedes, but became a terrible plague because they plundered and ravaged the already hard-hit areas.

The priest, however, arranged to accommodate the Polish officers, and he treated them so well that they ensured that their soldiers treated the people properly.

For many years, there were Polish inscriptions on many of the church chairs.

Traces of frescoes from the 16th century were found in the early 1900s, but due to their poor condition, they were again calcified.

In the cemetery poem, one has still preserved a bedotic portal with a driving gate and gate. The glam holes in the tower, built in the years 1510-20, have double arches similar to the tower of Aarhus Cathedral.