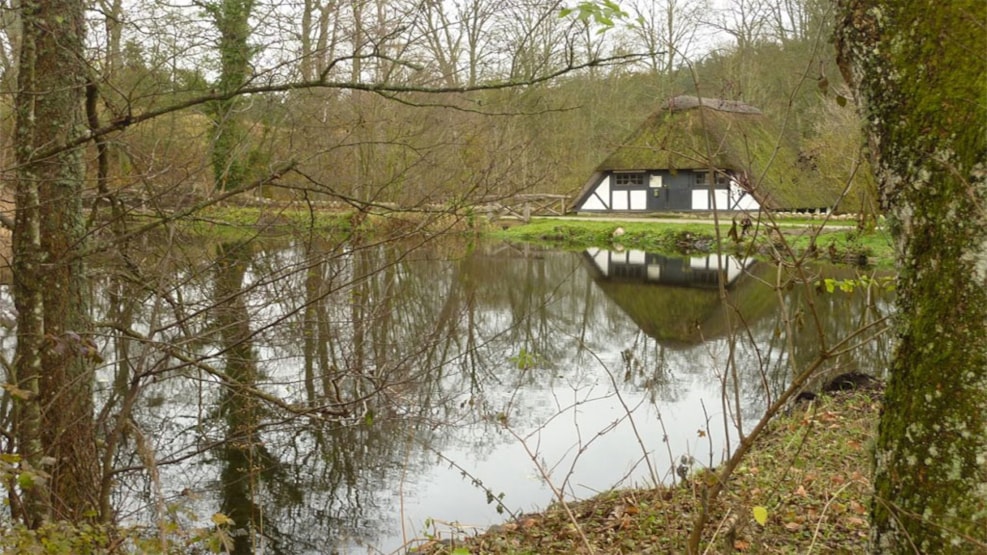 In Denmark most of the water mills were more or less identical to around 1750; a water wheel to every grinder, driven from below by a gear change. However, between 1750 and 1850 all large mills, wind as well as water, were equipped with a new machinery; grub or stone.

It required a three times higher speed as the grinder and therefore demanded one to two extra gear changes, which gave the meal grinder an increase in speed and thereby a considerable increase in the grinding capacity. In the north-east part of Jutland, they chose to continue to pull the grinder from below. As a consequence, these watermills, and among these the Ørnbjerg Mill, had a smaller building.

Ørnbjerg Mill turned into a sad story. In 1946 a turbine was installed, and most of the old contour of the mill was destroyed. In 1960, with Dir. Stenz’s acquisition of the mill; one tried to put the pieces together again. Miraculously most of the old wheels had survived, and they actually managed to get an intact watermill out of the remaining parts – for the re-opening on November 10, 1971. The last “real” miller was Anders, about whom stories from his work at the mill are told.