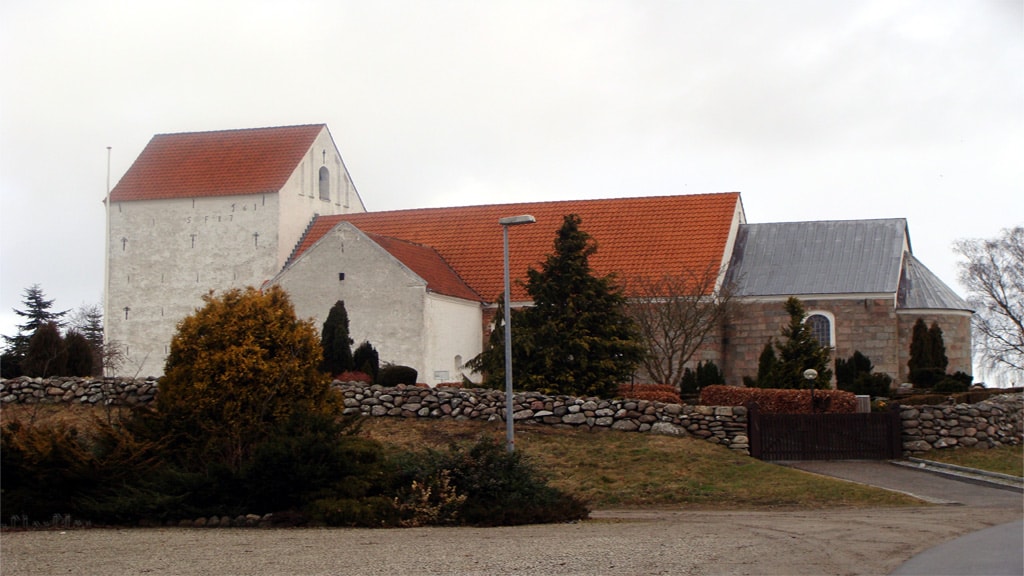 Nørager Kirke with its ship, choir, and apse in granite squares on a sloping pedestal are from Romanesque times, and the tower is from the Gothic period.

In the ancient genealogies, it is written that Rani a heathen that lived at Ruggaard and owned all the estate in Nørager parish and more. He has been Stig Hvid's maternal brother and must, at his own request, lie buried in the yard at Ruggaard. His wife, named Karen, let herself and her children become Christians after his death and then built the church of Nørager. However, she is buried with her husband in Ruggaards yard, but her sons must have had a chapel built over her, where Sielemesse was held for many years. Of the sons, one is supposed to be buried in Nørager Kirke.

The story of Rani mentions a builder to the church. Of course, this is only a legend, but it now seems quite likely that the church had a certain affiliation with Rygård, which was supposedly a larger manor house in the Middle Ages.

Nørager Kirke only became independent in 1951 as it had previously been owned by the owners of larger estates in the area.