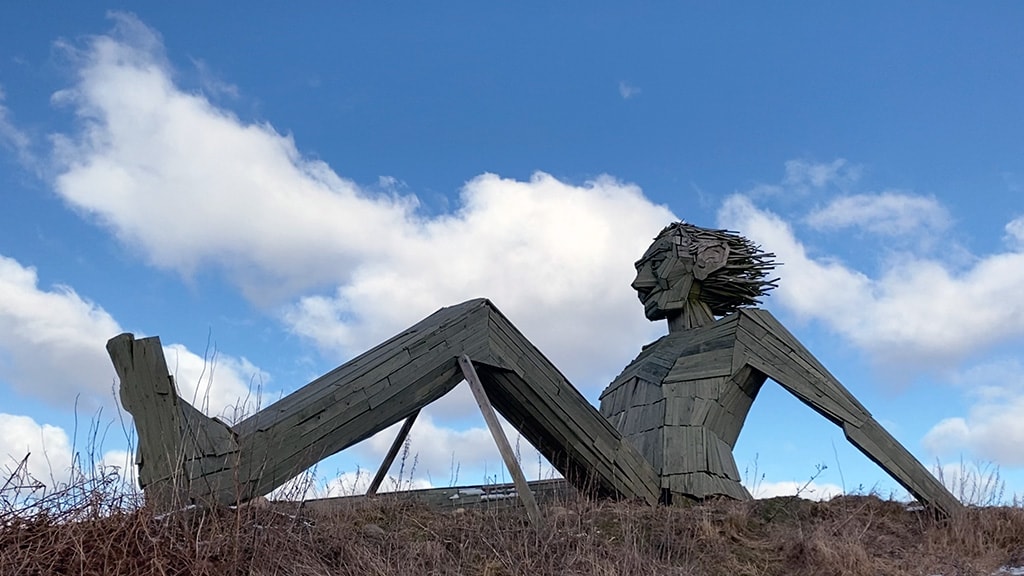 Find the troll sculpture, Ben Chiller, one of Thomas Dambo’s famous wooden sculptures, that you can find scattered across the Aarhus region – and even Denmark and the world.

Ben Chiller was originally built at the music festival NorthSide in Aarhus back in 2015. Back then, Ben was sitting at the festival grounds chilling to the music, while festival-goers could do the same on Ben’s 11 metres legs. Today, Ben is chilling somewhere near the town of Mørke in Djursland, not far from Sigurd the Troll.