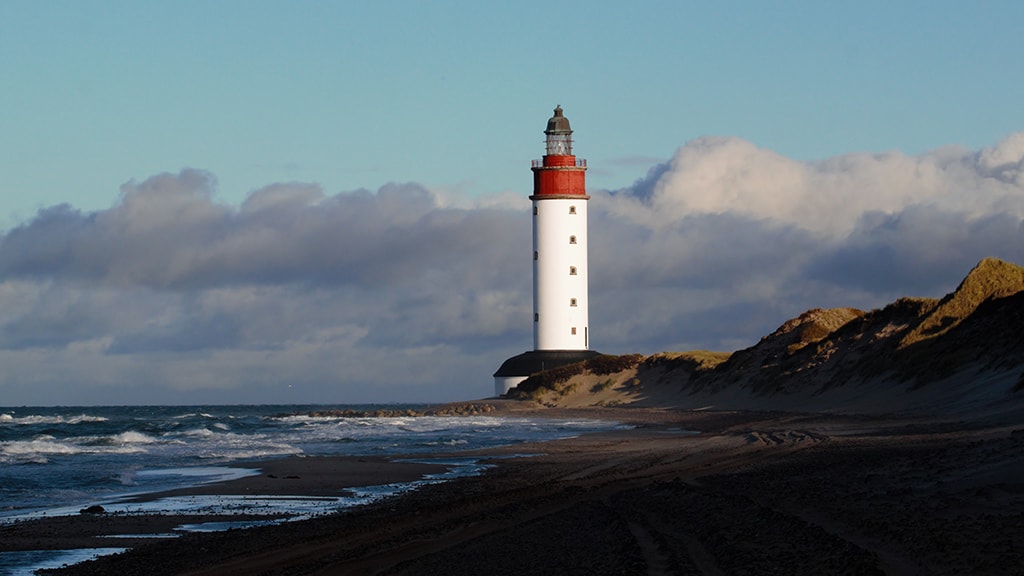 Anholt is at the heart of Danish waters. So the island has played an important role in Danish lighthouse history. It had one of the first beacons in the country, dating back as far as 1560. The island's first brazier beacon needed a lot of firewood.

It was quickly replaced by a tripod beacon that was raised by a lever. This was replaced by a brick lighthouse in 1788 that was built by Ernst H. Peymann, an engineer and officer. The present Anholt Lighthouse was built 1785-1788 and elevated 1881.