Anholt - a paradise in Kattegat

Anholt, an island midway between Sweden and Denmark, is one of the country’s most secluded island communities.

Sea, dunes, endless beach, and clear sky... Anholt is a pearl of nature with Ørkenen (The Desert), Northern Europe’s largest low heath – which is one of the most distinctive natural areas in Denmark. There is a multitude of wildflowers and free birds.

There is public access to Ørkenen, a protected area with considerate conservation. A distinctive feature of the island is the large population of spotted seals. At Totten, Anholt’s easternmost point by Anholt Lighthouse, there is a seal sanctuary, where the seals can be seen at close range from land.

On Anholt, there is lots of room to freely and easily enjoy the sun and a plunge in the sea along the nearly 25 km long coastline. The harbour is frequently visited by anglers, fishing boats, and small recreational boats. There is much to explore on the more than 22 square kilometres, by foot, mind you because there is a liberating prohibition against driving on the greater part of the island.

A visit to Anholt requires an overnight stay 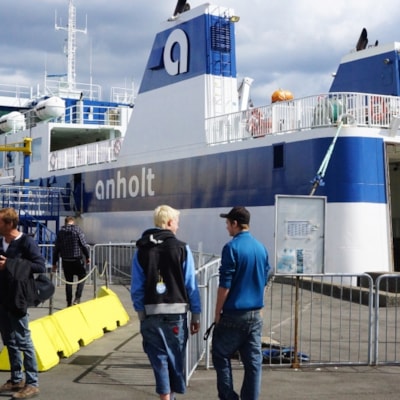 A visit to Anholt often requires a boat trip with M/F Anholt. It takes about three hours to sail from Grenaa, on the mainland, to the Kattegat island - Anholt, located between Denmark and Sweden.